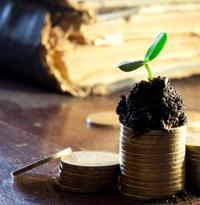 The concept of ethical or socially responsible investing ("SRI") utilizes an investment strategy that seeks both financial return and social good. The investment industry summarizes the areas of SRI into three broad categories known as "ESG": environment, social justice and governance.

Although SRI has been around for some time, more recently "green" investing has become popular, originating from climate change initiatives largely promoted by investors in the international bond market. Broadly defined, "green bonds" are bonds whose proceeds are used to fund environmentally friendly projects. First issued in 2007 in the international market and only introduced in the U.S. in 2013, the green bond market is largely a new, developing market.

Green bonds are labeled as "green" by the issuer and there is no current market definition of what "green" is, resulting in a diversity of opinions. In the market's early stages of development, "green" was defined by the World Bank's environmental department given that it was one of the largest issuers in the market. As the market has grown, independent groups have emerged to provide a second party opinion as to green credentials. At a minimum, issuers qualify the label by providing details on eligibility criteria for use of proceeds. The green bond label generally identifies the project funded by proceeds of the bond and does not represent a change in the structure or credit of the bond. Holders of green bonds do not take on any additional risks versus holders of conventional bonds.

Voluntary best practice guidelines called the Green Bond Principles ("GBP") were established in January 2014 by a consortium of investment banks and these principles serve as voluntary guidelines on the recommended process for the development and issuance of green bonds. The GBP encourage transparency, disclosure and integrity in the development of the Green Bond market. The GBP include four primary components:

Benefits for the issuer of green bonds include positive public relations and the ability to potentially attract a more diverse investor base, to include ESG specialist investors. While there is currently no price differential between green bonds and conventional bonds, industry specialists suggest as the market and demand grows there may be potential for a pricing advantage in the future.

VRA is committed to assisting Virginia local governments with their green infrastructure initiatives. If your locality has an interest in issuing green bonds or would like to learn more, please contact Kim Adams of our staff at 804-616-3449.