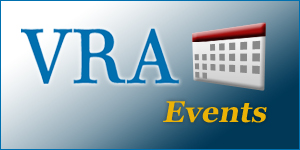 VRA's newly established Infrastructure Finance Roundtable held its first meeting on October 20, 2015. Janet Aylor, Director of Debt Management with the Virginia Department of Treasury, kicked off the discussion with a brief presentation on Green Bonds.

Other topics discussed included the growing prevalence of litigation involving bond issues, the Municipalities Continuing Disclosure Cooperation Initiative and the changing criteria of rating agencies in evaluating credits. All invited members of the roundtable were in attendance. The next meeting will take place in April and the preliminary agenda will include a General Assembly update and at least one presentation on an industry topic of interest to the public finance community.

Under the leadership of VRA's Executive Director, Stephanie Hamlett, the Infrastructure Finance Roundtable was established to foster ideas for VRA to provide better service to its borrowers and state agency partners. In addition, the roundtable will allow VRA to stay abreast of legal and regulatory issues that may impact future debt issuance. VRA is also excited to have the support and participation of Barbara Donnellan, former Arlington County Administrator and VRA board member, who will be actively involved with the group.