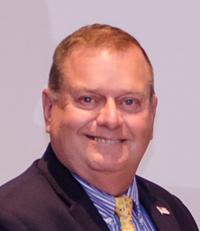 John Aulbach serves on the VRA Board as the designated alternate of the Virginia Health Commissioner, one of the ex-officio members.

John is an engineer by training and brings over thirty years of government experience to the VRA. An engaged and active member, he serves on the Board's Audit Committee and the Budget Committee and has been a tremendous resource as a presenter and instructor in many of VRA's outreach initiatives.

John is the director of the Office of Drinking Water where he oversees the implementation of the federal Safe Drinking Water Act and the Virginia Waterworks Regulations.

Prior to joining the Office of Drinking Water, John served as an engineering consultant for the Office of Environmental Health Services. John worked to advance regulations, policies, and design options for alternative onsite sewage systems, and provided direct consultation to well drillers and home owners regarding private well development and water quality.

John was instrumental in the development of a training center in association with Southside Virginia Community College and serves as a member of the Steering Committee and Adjunct Instructor. In 2011 he led the development of a new Alternative Onsite Sewage Systems Course in cooperation with the Virginia Tech Short School for Water and Wastewater Operators. John joined the Virginia Department of Health (VDH) in 1984 and previously held Assistant District Engineer and District Engineer positions with the Office of Drinking Water.

John is a member of various National Sanitation Foundation committees that address the development of a wastewater disinfection standard and the evaluation of sustainability for the water treatment and distribution products industry. John currently represents the Health Commissioner on the Board for Waterworks and Wastewater Works Operators and Onsite Sewage System Professionals.

A veteran, John served in the military for 30 years and retired as a Colonel in the U.S. Army Reserves. He held Command and Staff positions and completed his service with assignments as the Comptroller and Director of Individual Training for the 80th Training Command. He deployed to Iraq from 2005-2006, where he commanded a 40-man combat advisory team embedded with an Iraqi Light Infantry Brigade.

John received a BS degree in Civil Engineering from the Virginia Military Institute, an MS degree in Environmental Engineering from Virginia Polytechnic Institute and State University, and is a graduate of the U. S. Army Command and General Staff College. He is licensed as a Professional Engineer in the Commonwealth of Virginia. John has been married to his wife Lisa for 34 years and has two grown children, Kara (married to Damien) and Josh.