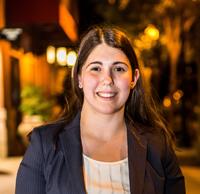 The VRA is pleased to announce that program manager/compliance officer, Stephanie Jones, was unanimously elected to serve on the Executive Board of the Virginia Government Finance Officers' Association (VGFOA). Stephanie will complete the Board term of former VRA Controller Jon McCubbin.

The VGFOA is the premier organization in developing governmental and financial leaders throughout the Commonwealth. Stephanie's relationship with the VGFOA leadership dates to April 2014, when she began serving on the organization's Communications Committee.

The VRA congratulates Stephanie on this extraordinary achievement and is proud of its continued involvement with an organization that promotes best practices in public finance.