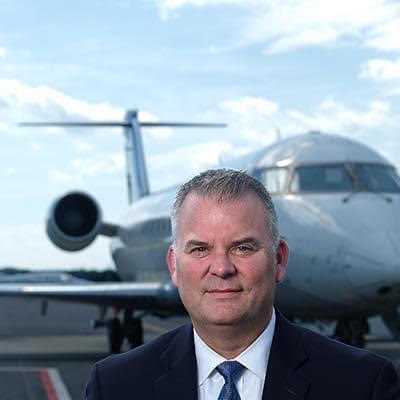 Campbell had served as Executive Director of the Shenandoah Valley Regional Airport (SHD) since 1992. He is a certified member of the American Association of Airport Executives and a past president of the Virginia Airport Operators Council. Campbell will lead the mission to meet the transportation needs of Virginians; grow local communities through economic development; serve the 66 public-use airports across the state; assist in workforce development; and support the $22.9 billion aviation industry in the Commonwealth.

Greg has passionately served his community over the years. He is a past president of the Greater Augusta Regional Chamber of Commerce; former chairman of the Shenandoah Valley Partnership; and recently served as a board member on Go Virginia Region 8. Campbell was named Airport Manager of the Year in 1996; was selected as Aviation Person of the Year in 2012; and was awarded the James Madison University Public Servant Award in 2013. He earned a bachelor’s degree in political science from Bridgewater College.