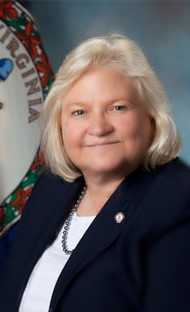 Cynthia Bailey was appointed to serve on the VRA Board of Directors in August 2019, continuing her many years of distinguished public service.

Cynthia served as a Deputy Attorney General in the Office of Attorney General Mark Herring from 2014 until her retirement in 2019. Earlier in her career, Cynthia served under two other Attorneys General and as an agency head under Governors Baliles and Wilder. Cynthia also has spent time as environmental counsel for a paper and consumer products company.

Cynthia earned her law degree from the University of Richmond and her undergraduate degree from The College of William and Mary.

"I had the privelege of working with Ms. Bailey while serving as University Counsel to Virginia Commonwealth University. VRA is fortunate to have Ms. Bailey's expertise on the Board and we look forward to furthering VRA's mission under the guidance of dedicated Board members such as Ms. Bailey."Stephanie Hamlett, Executive Director