Having the James River as its eastern border and the Blue Ridge Mountains surrounding its western side, Nelson County is known for its gorgeous scenery and mountainous terrain. While having a large chunk of the County sitting in the beautiful George Washington National Forest is certainly a sight to behold, it also presents unique challenges to the County's public safety officials. The dated radio communications system currently in use by Nelson County police, fire and other emergency personnel makes public safety communications difficult in an already challenging physical terrain. What's more, the current system falls short of the recommended standards put forth by the U.S. Department of Homeland Security, and it does not have the capability to link with communications used by first responders based outside of the County.

To address these critical concerns, Nelson County officials are revamping their existing communications system. The network infrastructure needed to support this new system has already been secured by the County, and the only remaining piece is the equipment that is compatible with the new network, namely mobile and portable radios. The installation costs and other expenses for this new equipment - approximately $2.8 million - was financed with a combination of County funds on hand and a 10-year loan provided through the Virginia Pooled Financing Program (VPFP).

This important project, which will play a major part in ensuring the continued safety of Nelson County residents, is just another example of an essential investment funded by the VPFP. Not only will the equipment be used by fire and other emergency departments, but it also will provide a much needed upgrade for a range of public safety employees, including the Sheriff's Department, Animal Control, School Transportation Department and a number of others.

"Nelson County is very appreciative of the excellent outcomes it realized from financing this significantly important local initiative through the Virginia Resource Authority's Virginia Pooled Financing Program. The County was able to secure the amount of financing it needed for its radio communications project including terms and conditions that were most conducive to the County's needs. An additional plus was working with the VRA staff who made this entire process much easier and helped County staff, as needed, at every turn. With the funding from VRA, Nelson County will meet the Federal Communication Commission's narrow banding requirement, which is a nationwide responsibility." -- Nelson County Administrator, Stephen Carter 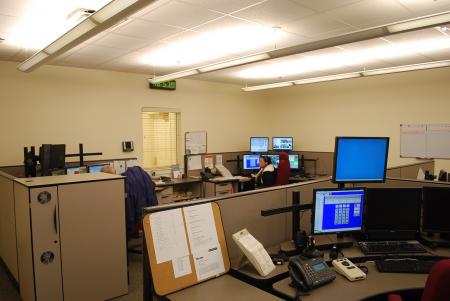